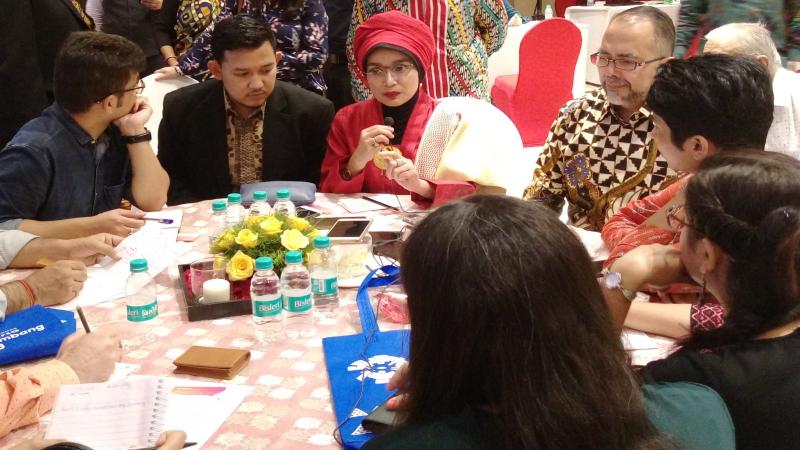 The Ministry of Tourism of Republic of Indonesia (MoTRI) is actively promoting Indonesia in the Indian tourism market through a Sales Mission (tourism roadshow) in India: : Mumbai on 14th August, New Delhi on 17th August, Bengaluru on 27th and Hyderabad on 29th August 2018.  The event is aimed at increasing more transaction of tour packages between the Indonesian and Indian tourism Industry through B2B (table top) meetings.

Furthermore, Badung, a region with the maximum tourism activities in Bali, will also hold a sales mission in conjunction with the Ministry of Tourism of Indonesia in the cities of Chandigarh on 20th August, Jaipur on 22nd August, Lucknow on 23rd August and Kolkata on 24th August 2018. “These activities are meant to convey the importance we place on the Indian market,” said Sigit Witjaksono, Director of Promotion for South & Central Asia, the Middle East and Africa, Ministry of Tourism Republic of Indonesia.

The Indian market bound for Indonesia has been skyrocketing in the last couple of years. In term of visitors, the number of Indian visits are increasing YOY. From January to July 2018 there were more than 340,000 Indian visitors to Indonesia as compared to the same period in 2017.

This huge growth however, leaves more to be desired. “We are not satisfied by merely good organic growth, we need to challenge ourself and raise the bar,” remarked Nia Niscaya the Deputy Minister of Tourism Marketing, Ministry of Tourism of the Republic of Indonesia. “For 2018, the Minister has set 700,000 visits as the target for the Indian market and that’s a huge 40% target increase from 2017’s,” adds Mrs. Niscaya.

To answer this challenge, the Ministry is taking additional steps in order to ensure the target can be attained by the end of 2018. An effective way is to conduct joint promotion activities with big names in tourism industry. For India, the MoTRI will start this joint promotion with big names in the Indian tourism business and one of them is MakeMyTrip. As one of the largest travel portals of India, MakeMyTrip has been approached by the MoTRI to help increase footprints to Indonesia through advertisements and larger bouquet of travel products. Both parties have agreed to collaborate by signing an agreement scheduled to take place in New Delhi on 16th August, 2018. This cooperation is expected to bring about 120,000 additional Indian visits.