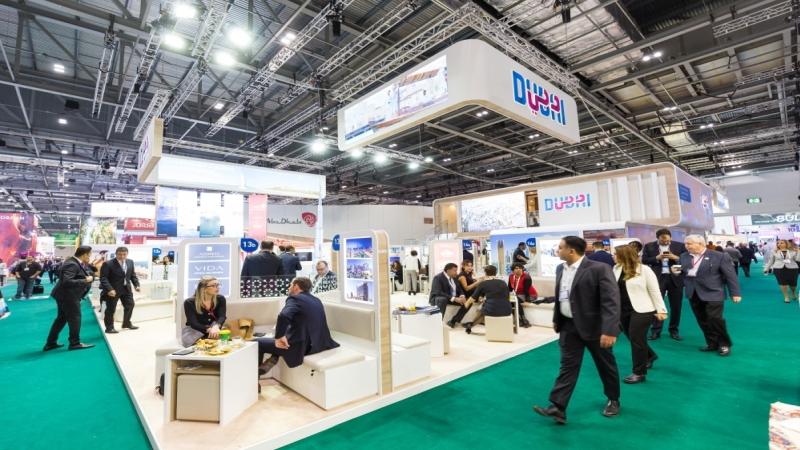 Outstanding successes from MENA destinations, tourist boards and travel companies to be celebrated at the International Travel & Tourism Awards

With Expo 2020 on the horizon and the Middle East continuing to represent high growth potential for the travel industry, delegates from the region are heading to WTM London 2019 (4-6 November), looking to achieve an even greater share of the multi-billion-dollar international travel market.

According to research from Colliers International, the UK is predicted to retain its position as one of the top European destinations for GCC nationals to visit – accounting for 890,000 trips by 2023.

Simon Press, Senior Director, WTM London, said: “While part of this growth can be attributed to the Middle East – and in particular the UAE and Saudi Arabia’s large expatriate populations, residents from the MENA region are no strangers to destinations within the UK, their culture and history – as well as their retail and luxury hospitality offerings.

“And in addition, the relaxation of tourist visa requirements combined with Brexit weakening the British Pound have provided an additional incentive for Middle Eastern tourists.”

This year, WTM London, the leading global event for the travel industry, turns 40 and 50,000 participants as well as 5,000 exhibitors from over 180 countries are expected to join in the celebrations with organisers predicting a record year for 2019, boosted by a strong contingent of exhibitors from the Middle East region.

Adding to this, several Middle Eastern companies have been shortlisted for the International Travel & Tourism Awards (ITTAs) – which take place on Tuesday 5th November and recognise the outstanding successes of destinations, tourist boards, private sector companies and individuals working in the industry.

Among the 90 shortlisted nominations for the ITTAs – which are presented by WTM and supported by the UNWTO - are entries from Abu Dhabi Department of Culture and Tourism, Azerbaijan Tourism Board and The Jordan Trail Association.

Press added: “Over the last decade the tourism industry in the Middle East has grown ten-fold. The developments have been incredible with the tallest buildings and tallest hotels; revolutionary transport infrastructure; theme parks and leisure attractions that are the envy of the rest of the world.

“Bearing that in mind, it should come as no surprise that five outstanding campaigns from the MENA region have been shortlisted for the upcoming ITTAs. Both the volume and quality of entries received from the region not only demonstrates the vital role tourism is playing in the economy but also reconfirms the Middle East as one of the most dynamic travel destinations in the world.”

Expo 2020, which is now just 12 months away, will be the largest event ever staged in the Arab World. Taking place from October 2020 to April 2021, 192 pavilions from countries around the world will be showcased, with over 25 million visitors - 145,000 visits for every one of the 173 days the site is open, expected.

Adding to this, the direct contribution of travel and tourism to the Middle East’s GDP is predicted to rise by 4.2% per annum to US $133.6 billion by 2028, according to data from the World Travel and Tourism Council (WTTC).

And, in Saudi Arabia more relaxed visas [30-day Umrah Plus Visas, eVisas and specialist visas for events] combined with Vision 2030 and tourism mega-projects such as the Red Sea Project are set to increase international visitors to the kingdom by 5.6% per annum to 2023.

John Pagano, CEO at The Red Sea Development Company, said: “Participating in World Travel Market 2019 is an opportunity to showcase the amazing beauty and diversity of the Red Sea Project and the progress we have made toward delivering a luxury destination that will set a new standard in sustainable development. The event provides a forum to explore potential collaboration with some of the world’s most renowned hospitality and tourism-focused businesses.”

Similar to last year’s event, WTM London 2019, will place a spotlight on the Middle East with a host of key speakers lined up from the region for the show’s regionally-focused Inspiration Zones which will provide a platform to address evolving travel trends in the Middle East & North Africa as well as providing an update about Expo 2020.